For me, September is the time of the Harrogate Floor Show. However, not this year as Coronavirus has forced the event to be postponed to February/March 2021. But it made me realise that 17 years have passed since I first got introduced to Jumpax at the Floor Show in 2003, here in my hometown of Harrogate.

A genuinely nice man from Holland, Gerry Maatjes, asked me to place Amtico tiles on his stand because Amtico had just approved its Jumpax underlay as an Acoustic Subfloor Solution. At the time, I was terribly busy exercising my Amtico Approved Installer status and I wasn't exactly excited to get involved in all the hassle of a trade show. Gerry said he knew all about it and it had been Amtico who had recommended me for the show work. He was going to install the Jumpax, so all I had to do was fit the tiles, which wouldn't take me much time. Yeah right, I thought! But I agreed anyway.

It turned out that he was correct, it didn't take him much time to lay roughly twenty square metres on a perfectly smooth, clean surface. But he did explain the acoustic properties, the smooth surface and the easy, quick installation of the Jumpax to me. It was a floating subfloor, he said, and did he mention the acoustic performance yet?

During my thirty years in the trade, I had never once been asked for an acoustic underlay, so I remained less than enthusiastic about this strange new way of preparing a floor. Then it happened. More than a year after the Floor Show, I was approached by one of my clients, who is an Interior Designer, regarding an Amtico job in an apartment building that needed to make provision for acoustic issues caused by the transition from carpet to smooth flooring.

I checked with Gerry. What is the price, where can I get it from and how do I fit Jumpax? Remember, I did not fit the Jumpax at the show stand. I didn't even see it being fitted.

After I determined the price and finalised the order, I received the goods. I became overwhelmed with a feeling of anxiety about the whole thing.

The job was a total revelation to me. Quicker than planned, clean, dry, perfectly smooth, no odours, no screeding. Happy client, happy designer, happy neighbours, who were unaware that I had worked on the installation! Above all, a happy “Phil – the Floor Fitter.” 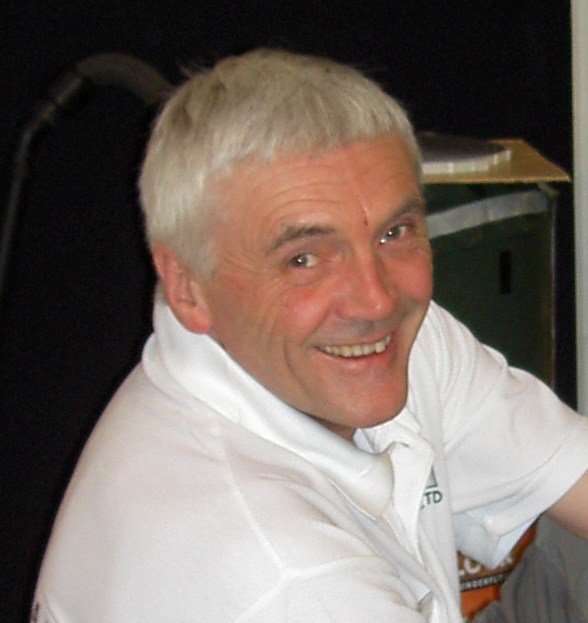 I quickly switched to using Jumpax instead of plyboard or screeding whenever I was able to do so. Eventually, I became a distributor for Jumpax in the UK, exhibition demonstrator, on-site trainer, sales and after-sales advisor and trouble-shooter. I am so glad that I agreed to do that job at the show 17 years ago.